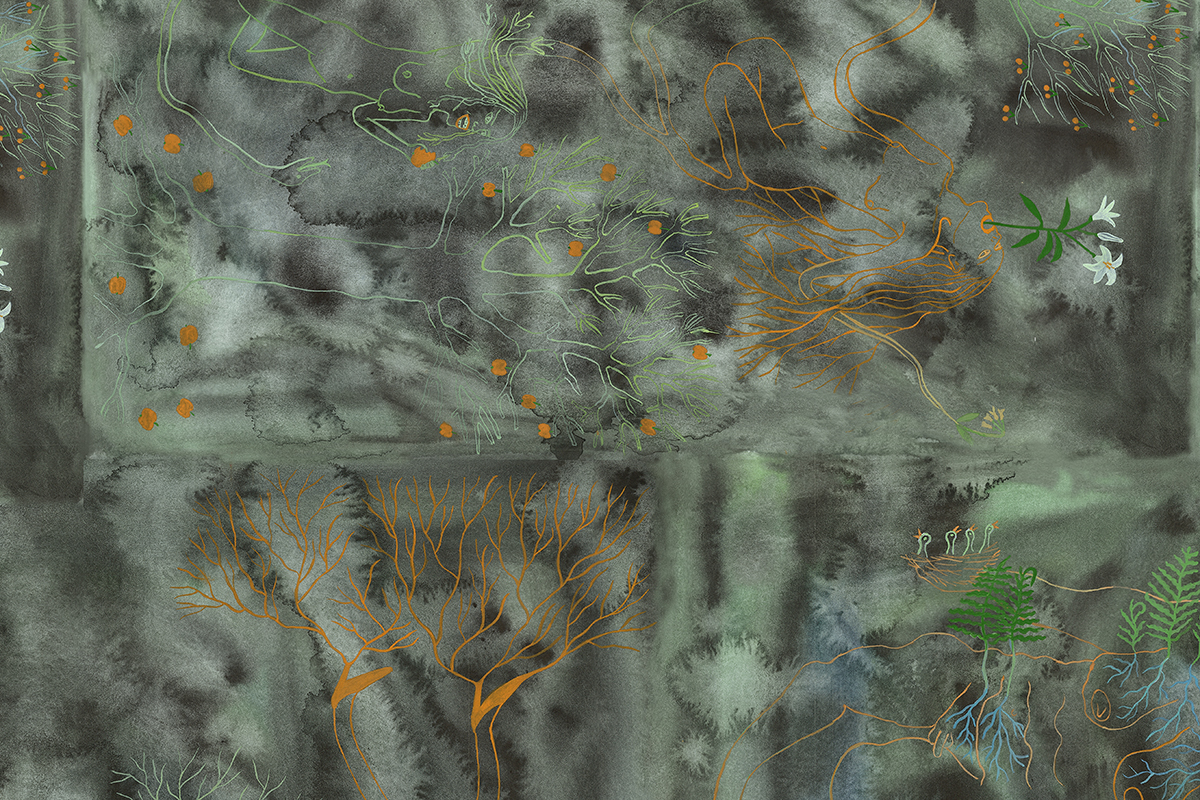 Tales from the Dark Forest

Advanced societies dependent on technology seem to fear the supernatural. They ridicule and ostentatiously question any beliefs in phenomena, experiences or events that cannot be explained rationally. But what is to be done in a situation where “reliable” science and technology fail and can no longer mitigate the fear of the future? How to face the state in which it turns out that human inventions and conveniences are changing life on the planet for the worse? Perhaps it is time to turn our attention back to the kind of knowledge that is not based on rigorous scientific research but nevertheless offers possible patterns of behaviour that are applicable in a state of crisis.

The archetypal stories that appear in various permutations across different cultures — myths, fables, fairy tales — have the potential of enabling a better understanding of what is going on around us. All these folk sources of learning and knowledge of the world share a crucial quality  — we intuitively believe in them from an early age. There is something trustworthy and very believable in their (often merely apparent) straightforwardness, even if they are often full of non-existent beings. And even if we scornfully dismiss them later on or even mock our earlier naivety in accepting them as a truth, we carry their point within us. And in times of crisis, we secretly recall them, hoping for the validity of their legacy, hoping that hard times pass and a “happy ending” eventually arrives.

The authors whose works are on display in the exhibition Tales from the Dark Forest are not afraid of mysterious stories. In their work it becomes evident that the fantastic and the idea of supernatural forces intervening in human destinies are relevant subjects for art even in a world that has distanced itself from ancient customs built in accordance with natural rhythms, bordering on magical rituals.