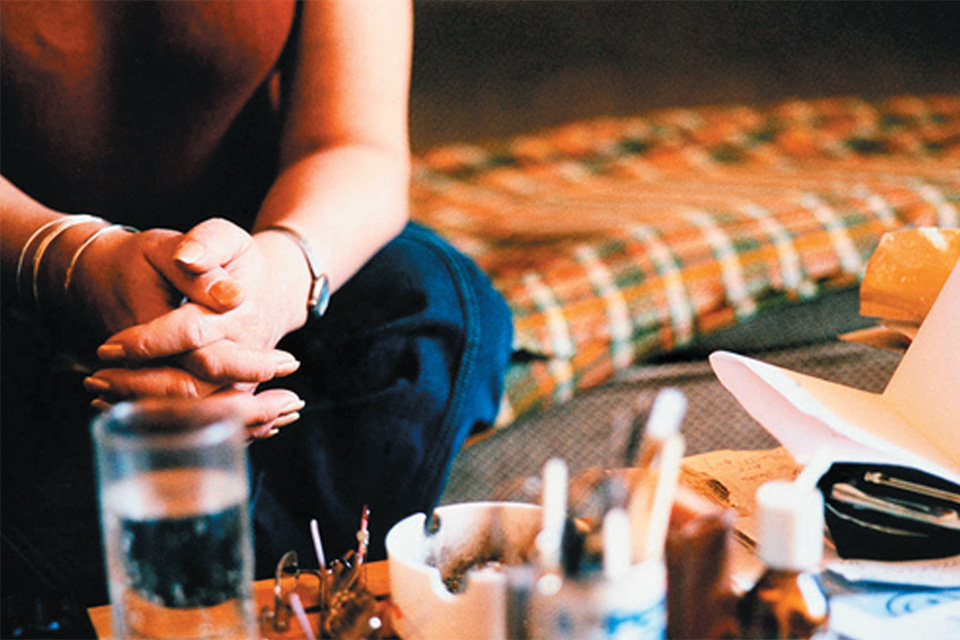 The work of Petra Steinerova – graduate of the The Academy for Film and Photography, Prague – can be divided into smaller collections of photographs, typical for its classical photographic quality. Steinerova uses larger film format – sometimes to use the contact photograph as the final print, sometimes creating a very large blow up. There are two qualities typical of her work: the emphasis on the artistic character of the picture and the composition of all elements in the 2D plan, as can be noticed in her cycles of pictures of nature full of melancholy and gloomy still lives created by our civilization. At the same time she works at figurative cycles with social dimension. In these pictures she prefers chance, straightforwardness and non-artificial view of intimate situatiions. Her desire is to narate a simple story inspired not only by real people, but also by ancient shadows of distant iconographic spots.

For the Entrance gallery she prepared a selection of 15 larger photographs from the cycle she worked at for the last two years. This cycle was named – matter-of-factly, but also intimately – Dad. It might be surprising that the model of this cycle is a middle-aged woman with dyed hair. She looks straight into the camera or is captured in natural motion, possibly in her own home. It is clear that the pictures were taken during several visits in a longer period of time. The interior is changing – the color of the walls, the seasonal decorations and also the psychological situation of the pictured woman. But there are also many things that in some strange and fiendish way do not change at all, as though there was a lack of will in the person to change them – small objects and garbage remain on the table, crumpled family pictures are full of dust, heavy ald-fashioned arm-chair just keeps standing there.
The object of these pictures is some kind of a spell-bound troublemaker and inheritor of the female paradigm, its fragility and emotions. The title of the collections seems to emphasize the non-presence of somebody and at the same time the strong presence of somebody else, somebody so close and idealized as our own father.