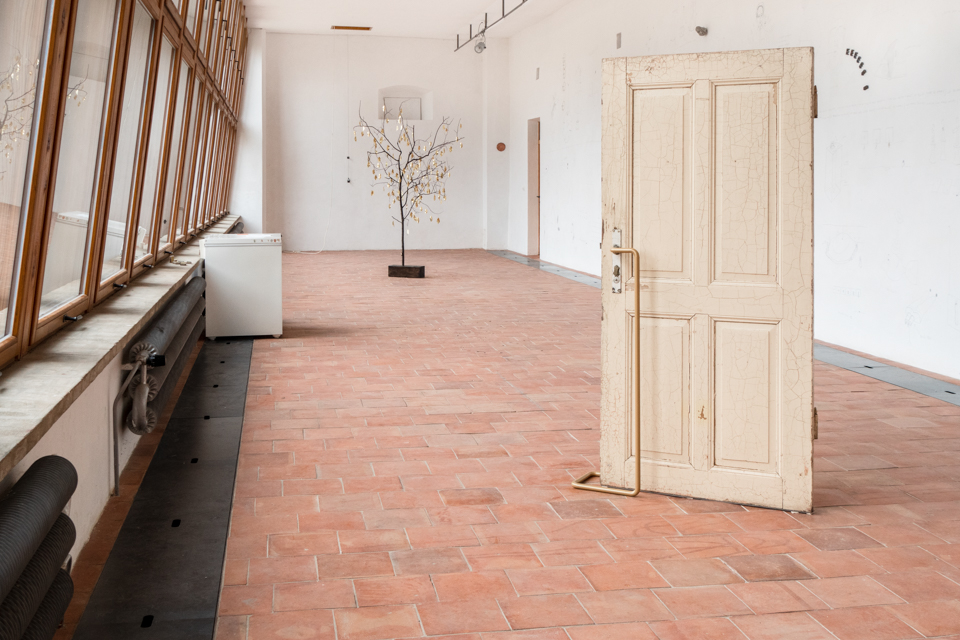 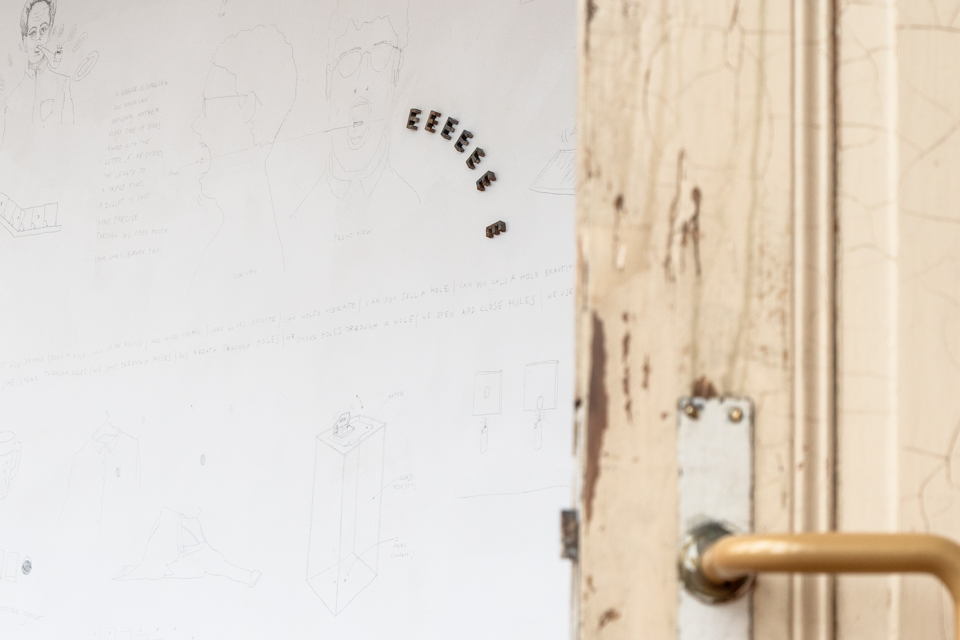 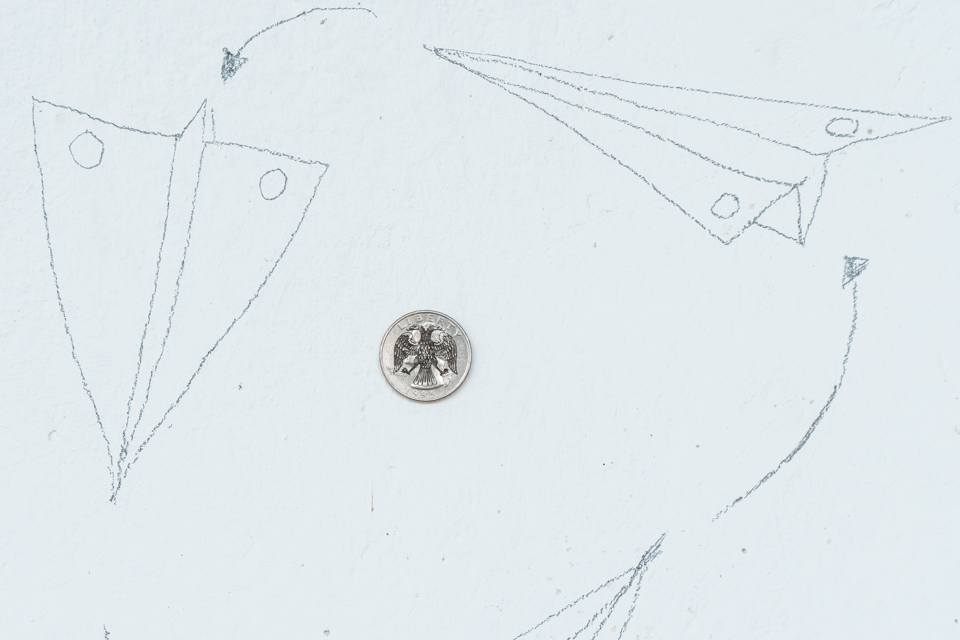 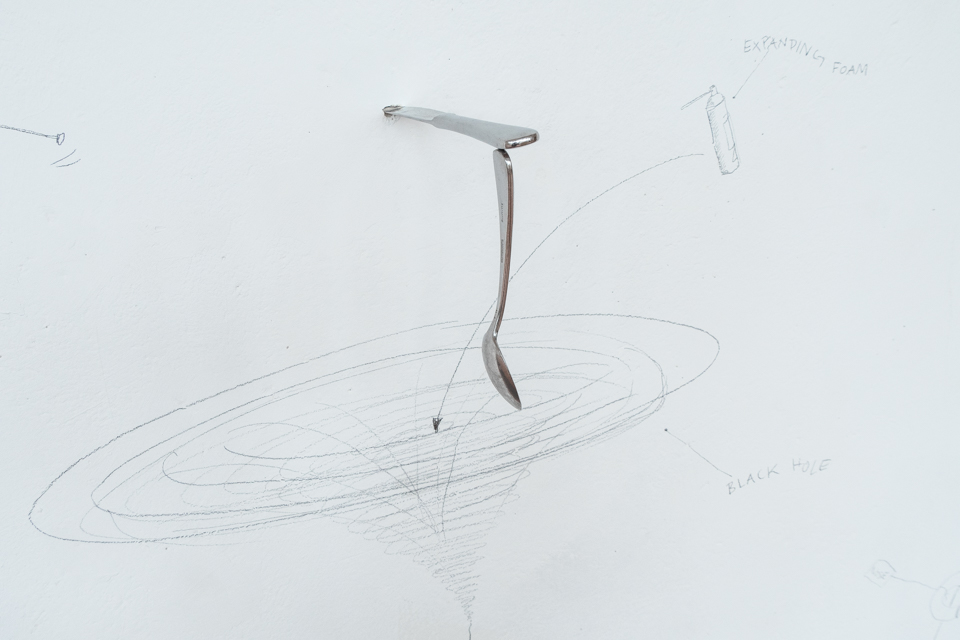 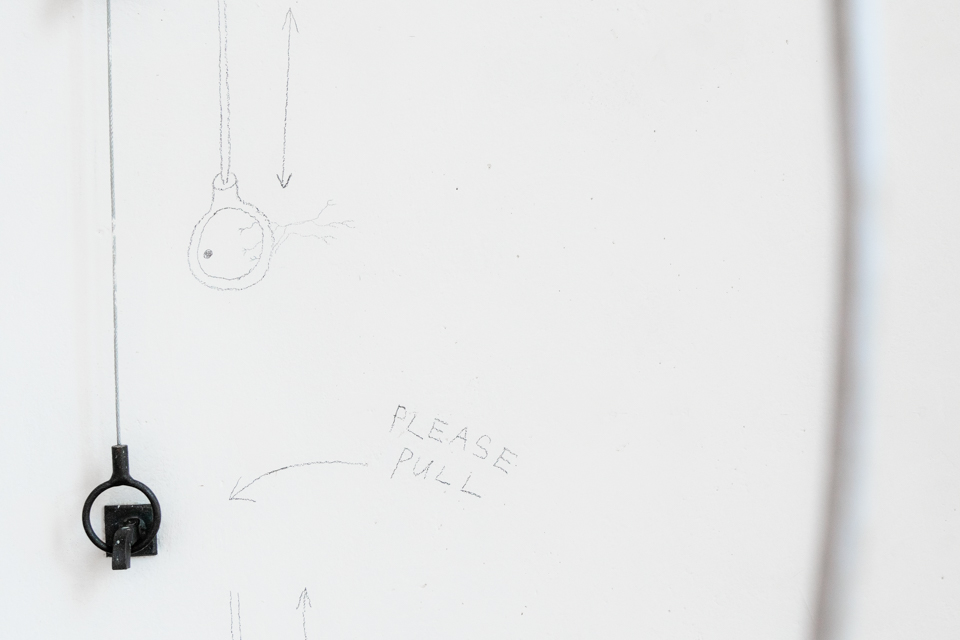 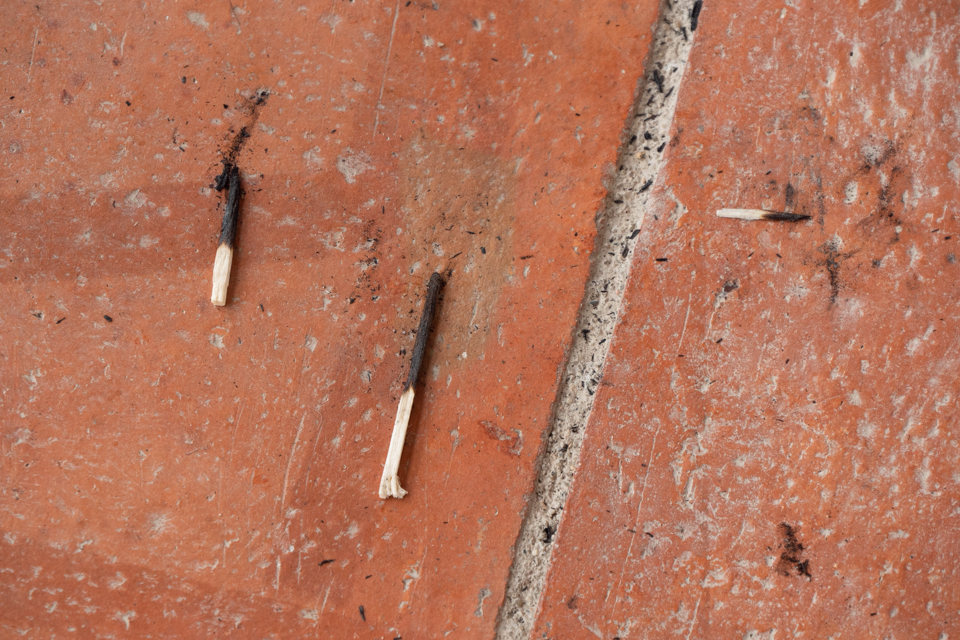 The exhibition of Robert Barta is presented as part of the yearly series of Entrance Gallery that focus on connecting the Czech artistic scene with the artistic scenes abroad. This year, the gallery introduces artists of Czech origin who found their home outside their native country and who develop their work outside the Czech context or partly in the Czech Republic and partly in the country they live in. According to the dramaturgy of the gallery’s program, Barta invited a Berlin based artist of American roots, Brad Downey. The project prepared for Entrance Gallery bares a paradoxical name ‘Do Holes fall?’ and examines and questions the human perception in relation to physics. When one looks closer, one can recognise few disputable factors, from the point of view of contemporary physics. Firstly, the term ‘hole’ is not defined as a quantity – a term from physics. Moreover, the common knowledge says holes aren’t material, yet gravity only works in relation to matter. The title cannot be meant totally seriously and literally. Perhaps this question can be transcended to social interactions. Both artists share humour through which they approach their work and the phenomena they address in their work.

Robert Barta was born in 1975 in Prague. He currently lives and works in Berlin. He graduated from the Academy of Fine Arts in Munich in 2005 and has since exhibited in and out of Germany. He is known mostly for is interactive installations that respond to the actual exhibiting space. He explores human perception and questions people’s behaviour in their everyday life environment. Barta looks for inspiration for his work in everyday objects or situations, in the past few years also in the field of physics and its relation to everyday situations. He works strategically and with distance with tiny changes, odd combinations, games with words or shifts of meaning that change the nature of commonly known objects and reveals their true nature, paradox and tension. For Barta, humour and distance are important which also shows in his specific installations. He is connected to the Czech artistic scene mainly on the social level since he’s been friends with many prominent Czech artists for many years.

Brad Downey was born in 1980 in Louisville in Kentucky and he currently lives and works in Berlin. Brad Downey is one of the most highly versatile proponents of Independent Public Art. He creates a wide body of work, comical, as it is contentious, bitingly critical and humorous in equal measure. Downey’s projects overthrow the customs and conventions of the urban environment and the norms embedded so well in society that they are perceived as exactly that: as proper or suitable rather than prohibitive or invasive. The lack of discourse and dialogue becomes the underlying theme Downey strikes with each work. They challenge mores and morals, inciting viewers to thus reevaluate their own environment alongside him.

The Gallery is continuously supported by Magistrate of Prague, the Ministry of Culture of the Czech Republic, Foundation for contemporary art in Prague, GESTOR and Prague 6.

The media partner is Radio 1.